on May 08, 2016
We are used to people voting in elections.  Computer systems can vote as well.  This is not new or unique.  Here’s a quote from www.davi.ws/avionics/TheAvionicsHandbook_Cap_11.pdf - the Boeing 777 Fly-By-Wire control system:


“The normal design practice … is to have multiple elements doing the same task and their outputs voted or compared in some manner. This is sometimes referred to as a “voting plane.’’ All critical interfaces into the [Boeing] 777 FBW [Fly-By-Wire] Primary Flight Control System use multiple inputs which are compared by a voting plane. For interfaces that are required to remain operable after a ﬁrst failure, at least three inputs must be used. For example, there are three individual Low Range Radio Altimeter (LRRA) inputs used by the PFCs. The PFCs compare all three inputs and calculates a mid-value select on the three values; i.e., the middle value LRRA input is used in all calculations which require radio altitude. In this manner, any single failure of an LRRA that results in an erroneous value will be discarded. If a subsequent failure occurs which causes the remaining two LRRA signals to disagree by a preset amount, the PFCs will throw out both values and take appropriate action in those functions which use these data.”
Think about this in the context of blockchain...
When a miner solves a block, the solution is distributed.  If more than 50% of the miners confirm the solution then that block is added to the chain. Essentially this is the same as the 1995 era Boeing 777 technology
Blockchain is not a new and radical idea, it's an evolution of well known computer science ideas that have been around and in use for years.. 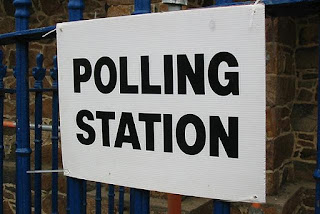