on June 09, 2015
The recent "news" of a Sungard IPO spurred a conversation on the topic of fintech startups.  The specific category of interest here is the firm that sells enterprise IT.  This is about the "Enterprise Fintech Start-up", hereafter EFS. Historically the enterprise IT marketplace for fintech has been characterised by "buying what the business forced us to buy" and "don't take on any risk". Hence why financial technology in many banks is such an under-engineered, under-architected mish-mash of different systems without an ex-ante strategic direction.  The SDP will of course be HTML5 and plenty of bells and whistles.  The prime brokerage guys will have some good technology for fast money guys to use for DMA. But the middle office and back office technology will often be running on VMS, big blue mainframes and great big dollops of CICS, ISAM and other technology that would make a latte sipping Hoxton based MacBookPro carrying UX guy choke on his skinny decaf...

The harsh reality is that for most firms the only time IT budget is freed up is when the Front Office guys open the chequebook or, in a post-Lehman Brothers development, when regulation/compliance/legal shout about things like Dodd-Frank, Volcker, MIFID2, FATCA and so on.
So old systems live on and on, running on under-managed kit that lives on due to specialised shops on eBay that sell salvaged parts from scrapped or failed hardware.
When there is budget for other technology the key consideration is "don't screw-up".  As such a large part of the search and selection process for bought technology platforms ends up considering a handful of firms are viewed as being solid, stable and committed to the specific market.  Contrast that with the typical start-up ethos of break things, take risks, fail-fast and innovative business models like free or freemium.
Does it seem likely that a two year implementation of Calypso, Murex, Fidessa, Ion Trading or "Dodo" would fit into a fail-fast world?
This is why the hunt for the EFS is rather like hunting for a Dodo.
The only way I can really imagine the EFS can exist in a meaningful way is if it's formed by the right people with connections to a deep-pocketed organisation that wants to experiment with business models, technology platforms, development models, deployment models, pricing models and so on BUT without endangering the core brand reputation and price point. The EFS can then be a halo brand.
The analogy I would draw here is with (what else?) the automotive industry. Ford invested in Aston Martin back in the 1980s and eventually took full control. A new state-of-the-art factory was built on the site of an old RAF base in Warwickshire and the development programme for the modern era was funded. Ford paid for the development of an advanced strong and lightweight all-aluminium bonded chassis (the German manufacturers are still behind in terms of chassis design, still using a lot of steel). Ford also funded the development of two powerplants - a small V8 and a larger capacity V12. Without going too far into this analogy (I could but I'll spare the reader) the point is that the ownership of Aston Martin allowed Ford to have a sandpit environment within a hugely regulated industry where innovation at scale is extraordinarily hard.
The decision made by Ford to sell Aston Martin was based upon Ford wanting to survive the post-Lehman Brothers slump without requiring a US Government bailout. The actual business of Aston Martin was doing well and starting to create the coveted positive feedback loop into the broader Ford group.
I would imagine that firms like ThomsonReuters, Bloomberg, SS&C, Misys, SAP, Oracle, Software AG, Temenos and others are busy looking for the right Aston Martin for their business.
The question of course is: how does a large, well established enterprise financial software firm go about hunting for the elusive EFS? Do they establish an incubator? But then how do they select the firms to populate the incubator - if they are already out there it's likely they fit into the "fail-fast" world and so are not "enterprise" enough.
Do they go about looking for small firms with big ideas and acquiring them? Many big firms have tried the "acqui-hire" (neologism - combination word of acquisition and hire). If someone is minded to run his or her own business then selling to a big firm is surely a route back to the person pulling out when the golden handcuffs expire and starting again?
"Strategic investments" - throwing lumps of money at firms and hoping for something wonderful to happen to "create synergies".
My view is simple. Let's work through a case study. Say ThomsonReuters want to get involved in an EFS. Let's further imagine it's a buy-side OMS/EMS. Ok, so then ThomsonReuters could then provide:
In exchange the firm would sell a chunk of equity to ThomsonReuters and a series of option based incentives would be put in place to retain key personnel as well as to provide a potential exit for the founders - trade sale to a partner.
This seems to be the right model for the Enterprise Fintech Start-up. 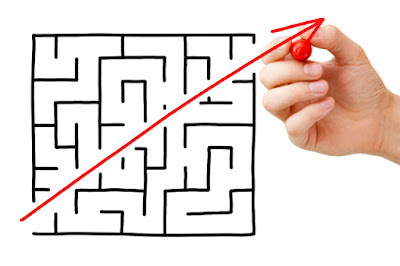