The buy-side OMS, an appreciation part one...

on March 03, 2014
A few years back I recall a decent post on one of my favourite topics, the buy-side OMS/EMS space What do you want an OMS for?

Seems like a good time to run something of an update and a further appreciation of this market. Since the mid 1990s the buy-side Order Management System (OMS) space has changed drastically.
The below aims to summarise.  It’s not a representation in a court case and there are simplifications.  There are also omissions which I will correct if I am sent verifiable details.
[Updated with details on Eze Castle]
[Updated with details of IRESS]
Mid/Late 1990s
Charles River Development UNIX, Powerbuilder and Sybase, some server implementations use of Interix POSIX subsystem on Win32, CameronFIX FIX engine
Eze Castle Consulting splits into Eze Castle Integration and Eze Castle Software.
IRESS - Australian combined sell-side and buy-side vendor starts operations
LatentZero C++ backend, mixture of MS languages for Windows front end, TIBCO (formerly Talarian) SmartSockets, CameronFIX FIX engine, MSSQL database as preference but also supporting Oracle or Sybase
Thinkfolio C++ front and back end, QuickFIX FIX engine, MSSQL database
Longview - sold to Barclays Global Investors (1998)
Longview - sold to Tenfold and renamed to Argenesis Landmark (1999)
MacGregor Predator - US-centric OMS with C++ on SunOS and an object-orientated-database
MacGregor acquire Merrin (1999)
Bloomberg - various products

In an interesting twist, after selling Longview, BGI inked a deal with Blackrock to use Aladdin BGI installs Blackrock Aladdin. And BGI itself was later acquired by Blackrock.

At the time BGI sold Longview this article Barclays sells Longview To Tenfold from October 12th 1999 had an interesting quote:
"I know of one firm in particular, a client of mine, that was seriously considering moving off of Longview because of the Barclays connection," Rosen contends. "And, I know of others, search projects going on in the past year that have been swayed away from Longview because of the Barclays connection."

The Economist article in the issue of December 7th 2013 suggests that the buy-side faces a case of group-think due to the preponderance of Aladdin implementations.  Economist article on Blackrock and Aladdin.  It's a great article with some fascinating quotations:

"The $400m the company can expect in annual fees from outside users goes a long way to meeting the costs of the system and the nearly 2,000 employees who run it."

"Mr Fink concedes the theoretical possibility of a herd mentality taking hold among users of Aladdin, but he is adamant that no such thing is happening in practice. “People can use our methodology or not,” he says. “Our models teach you the kerbs of the road, they don’t tell you the speed you should be travelling, or where the curves are in the road.” Most of what Aladdin does could be replicated in other systems like Bloomberg, he points out; Charles River, a consultancy, also provides very widely used analytic tools."

So clearly market sentiment has moved between 1999 and 2013...
How many buy sides have lacked the technology strategic analysis capability to actually go-to-market and find an OMS.  In many cases of which I am aware buy-sides have used third party consultants to review the market and make recommendations.  While that's sensible for the buy-side to minimise risk it does mean that the market moves slowly.  This is the modern equivalent of the old saw that "no-one got fired for buying IBM".

One global asset manager I know (not a place I have worked or to which I have consulted) had thirteen instances of their favourite OMS in place and budgeted a multi-million dollar amount for a consolidation project.  After a couple of years of that thankless task they gave up and moved to Aladdin.

The consolidation in this market has seen a number of firms disappear and I am pretty sure that a chart of AUM per system would see that the entire international market is consolidating around a small number of systems. Right now I'd suggest that it looks like Thinkfolio(Markit), CRD (still independent), FidessaLatentZero (Fidessa) and Aladdin (Blackrock).

Is this good for the industry? 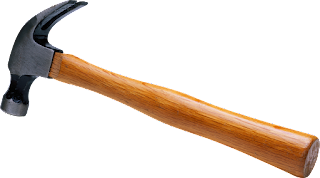